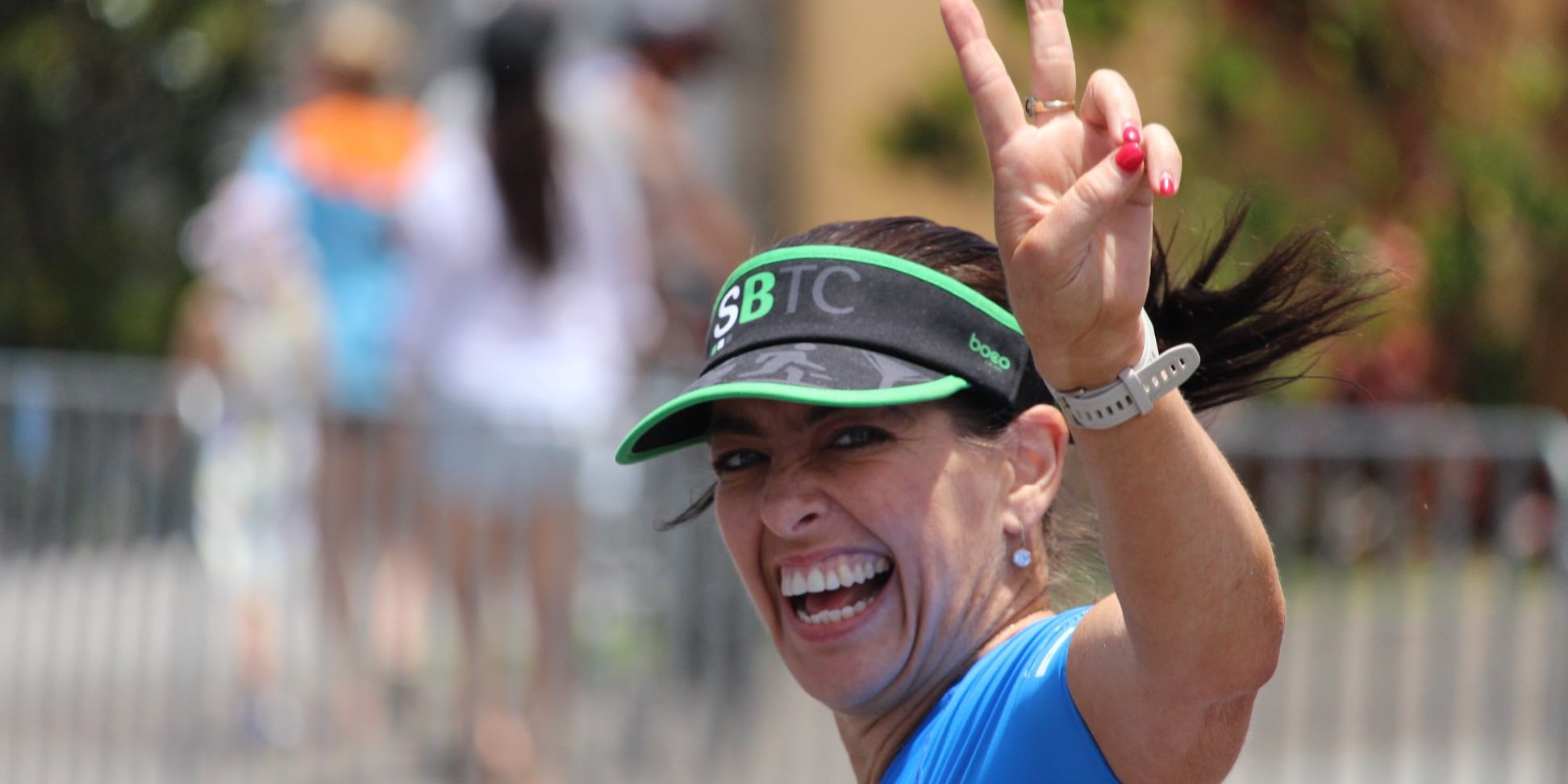 Sunday 31 October 2021 saw the return of the Noosa Tri after a year hiatus!  And the wait was definitely worth it, with the green army well represented with over 25 SBTC members participating across individual and team categories.

Whilst the day did not deliver the rain expected and the temperature was mild for this time of year, the weather gods still threw out the challenge of strong winds, with gusts of over 37km/hr.  The marine wind warning saw to an early decision made by event organisers on the Saturday to change the swim course, ensuring swimmers remained in the relatively protected waters closest to the headland for as long as possible (with the distance remaining 1.5km).   However, Heidi and I can both attest to the fact that by 9am (when the teams wave commenced) this offered little respite for the swim home, with sea sickness medication being put to the test!  The winds also made the cycle leg particularly difficult at times.  I think several athletes, including Sarah and Karen, were tested when their bikes were hit by particularly strong gusts which made staying upright an event all in itself!

In true South Bank style, a large group of supporters was on hand to cheer everyone home.  We were in fact the last tri club out on course cheering the last finishers home, with special mention going to James for sticking it out until the last runner came through as the roads began to open.

Stand out performances included Tom Ronnfeldt finishing 4th in his AG, and Chris Mead, Karen Reimann and Fi Fewtrell all finishing Top 10 in their respective categories.   Congratulations also goes out to those athletes who completed their first ever Noosa Tri.

And finally a big thanks to Tiff, Katie, Sarah and James, and everyone else who assisted on the weekend with the tri village set up/pack down.

I know Noosa Tri is a weekend that I look forward to every year, and it was great to be back!!!!!!!!! 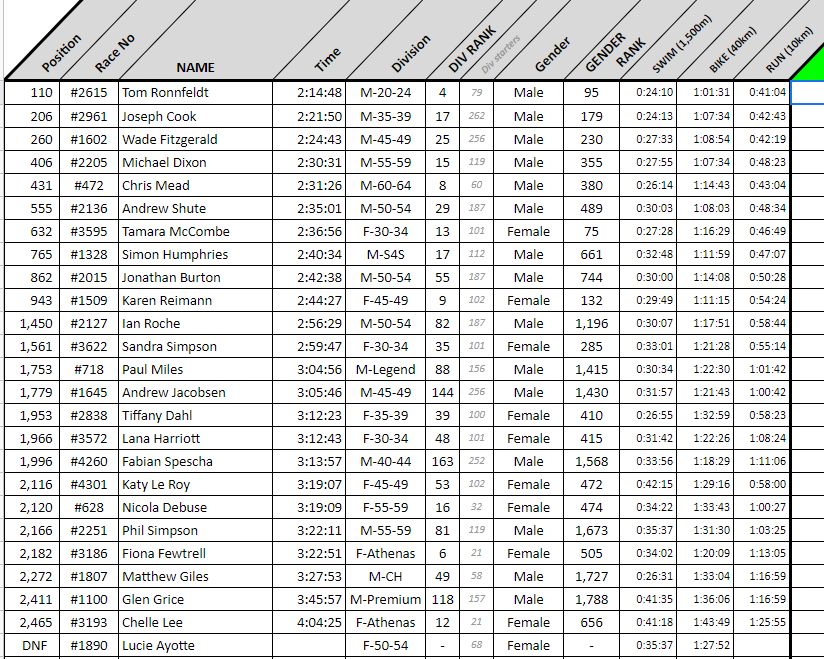